Don't cry. Get over it. Be a man. Sound familiar? At an early age, boys are shaped into men by their father's example and guidance. They want to emulate him. They want to hammer nails, drink what Dad is drinking, and grow up to be strong like Dad. When a boy falls down and scraps his knee, gets hit by a ball, or doesn't get exactly what he wants, he expresses his emotions externally. He strays from the surface level into his deeper self and acts off of impulse. This is human nature. To act against this human nature is to put on a mask, hiding who we really are from the world.

Lewis Howes was just a kid from Delaware, Ohio who became much more. He is a two time New York Times Bestselling Author, host of a top 10 podcast in the world (School of Greatness) and responsible for multiple 7 figure companies in sport and marketing. Lewis also played for the USA National Handball team and holds the NCAA record for most receiving yards in a game (418). Sounds like the ideal man from the surface right? Growing up, Lewis was bullied, picked last for teams even though he was the tallest and most athletic, and felt so insecure about who he was, he felt didn't deserve the privilege to live. Lewis was also sexually abused as a child, leaving him scarred and hiding behind what he calls the Stoic Mask to shield him from pain and negative emotion.

As men, we are told to repress our emotions. It is not manly to cry. It is not manly to show emotion. We must be steadfast, strong, and be absent of emotion. We pick up on this from our father's example and that is instilled in us for our entire lives. This only repeats as history shows and as men, we are able to repress our emotions easier and easier. It becomes a habit and a skill we are rewarded for. We are looked up to for being stoic. That very skill is killing us, literally.

Here are a few suicide statistics that will make you uncomfortable: In 2017, 47,173 individuals died by suicide. 1,400,00 suicide attempts. 10th leading cause of fatalities in the United States is suicide. Frightening right? Men died by suicide 3.54 times more often than women.

Why is this happening? A few reasons which will not be all be covered. Chemical imbalances in the brain from a physiological sense play a role, but I want to look at this issue from a societal level. First, all men struggle with expressing themselves emotionally due to what was explained previously. We all have problems, issues, emotions, and struggles in our lives. It is healthy to get those out in the form of a conversation or a journal if one wants to keep it more private. Instead, men will use behavioral actions (or behavioral self-handicapping) to repress these emotions. The drug and alcohol industry was built on this theory, eclipsing 276 billion dollars a year as of 2016. A vicious cycle can potentially occur where more alcohol or drugs are needed to dull the pain. Eventually, it becomes too much either physically or mentally. Substance dependence is a crippling issue, costing roughly 1 trillion dollars a year for the American taxpayer. Addiction is a disease. There is no argument there. The precursor to the addiction I believe can be avoided.

Recently, social media and apps like Tinder and Bumble have added a new layer. I'll call it a shield. Lewis in his book, "Mask of Masculinity" describes 9 masks that men wear which hinder their progression, relationships, and overall enjoyment and authenticity of life. Speaking of relationships, up until recently (around 2012), it was basically required that a man asked a woman on a date via direct communication, whether in person or over the phone. Some of you can't picture what world I'm talking about can you? Today, we can create a profile in about 5 minutes maximum, show the highlight reel of our lives, and swipe left or right based purely on attractiveness (let's be real, most of you aren't reading the bio, are you?)

I was no different when I was on them. It's easy to hit the highlight points of your life and project that you have everything figured out. Take photos at the right angle. Have surface level conversations through an app and that is the BEST thing that happens (I won't explain directly what it is but I've heard horror stories from the female's perspective. I'm sorry from an empathetic standpoint you must deal with this). Sometimes they work out and two people meet and build a long lasting relationship. Other times, it creates an instant gratification world that men believe that if a woman isn't perfect in his eyes, he can stop talking to her, ask her for inappropriate things, or just use her for his loneliness, all awhile he is swiping right on every profile, hoping to match with what he perceives to be his perfect match. All of these things he would never do in person. The internet has created a shield for men. A shield against rejection.

Rejection might be one of the worst emotions one can feel. Rejection is hard not to take personally. You are basically being denied for who you are as a person. Whether the person rejecting you knows who you are fully to make that determination is up for debate. We all carry baggage in one form or another. That baggage changes our perception of reality if we don't deal with it properly. We've become such a surface level society that telling someone why we aren't interested in them seems cruel and hurtful, so we just ignore them. It's easier on us. We don't have to deal with our emotions this way.

That leaves the other person wondering what is wrong with them. Inevitably, this leads them to question whether they will ever find someone worthwhile. I've been on both sides of this, admittedly. So this person may take to internet dating to shield themselves from the rejection. "Just want to hook up" they tell themselves when really that is only going to make things a thousand times worse. A shallow meaningless "connection" you made is only repressing who you are and what you want. Men can become so afraid of rejection though that this seems like a logical step. Inevitably, it comes crashing down and he is again, left alone. This anger and frustration paints a negative perception of the world. We look at other men as competition.

In the gym, toxic masculinity is rampant. Not all gyms but most lower entry level gyms I've been in have the same vibe. Men giving each other stoic emotionless looks. Comparing themselves to every other guy in the gym wondering if he is the biggest. Looking at the weight someone else is lifting and saying to themselves, "That's nothing, I can do much more than that." Honestly, it's hard not to succumb to this environmental thinking. It's why I quit going to the Student Rec Center. In my opinion, it's pretty bad. I joined Maxx and it is a bit better. Nothing compared to Lifetime in Syosset. It costs $149 a month but for good reason. Amenities were fantastic and the staff was tremendous. All of the trainers looked like they just stepped off of the competition stage, however the typical masculine judgement was not present. I would get a high five from every trainer in the morning. I won't deny there is a correlation between economic status and the level of toxic masculinity. I won't get into that though.

If I had to pinpoint a phrase or reason for toxic masculinity, it would be surface level. The surface level conversations we have. Tell me if this sounds familiar: "Hey, how are you? Good, you? I'm good thanks." Guaranteed you've had more of those conversations that you care to admit. When's the last time you asked someone, "No really, how are you doing?" Then they told you the truth. See, we've allowed having emotion and talking about things being wrong as uncomfortable to the other person. As a coach, I am attempting to fix this issue. When I meet with a client, we discuss what is going great in their lives and what they are struggling with. When is the last time you had a discussion like that with a close friend who just listened to you without telling you back all that is wrong in their lives? I believe as men, most of us are missing that critical component in our lives. I'm blessed enough to have a best friend who I can tell anything to and not be judged and vice versa. I know all male relationships aren't that way. I've also been super fortunate to have a girl best friend in my life that I can share anything with.

My question to you is: Where in your life would you benefit from not living at the surface level that society currently resides? Where are you keeping your thoughts and emotions bottled up because that's how you were raised? What are you missing out on in life because you really are not getting to know someone deep down? I'd ask you to really contemplate on these questions for yourself. Maybe by answering them and taking steps to improve yourself in a particular area, you'll begin to remove the mask you are wearing and live a more rich and fulfilled life.

Don't let your "job" define you 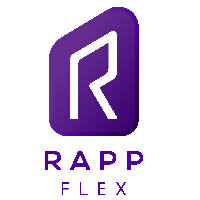 Principles and Bright Lines: How to Make Better Decisions Faster

Why You Should Make Reading a Permanent Habit